Samsung launched the Galaxy M series a few weeks ago to battle the low-cost Chinese OEMs which operate on very thin profit margins.The Galaxy M series offers great specs and features for a relatively low price.The Galaxy M30 is the highest variant in the Galaxy M series which offers some amazing hardware for only 200 bucks.So let's un-box it and take an in-depth look at this handset.In the box, you get a manual which no body cares, a USB to USB type C connector.
This is amazing because no smartphone in this segment offer type c cable.With USB C, you'll no longer have to flip the connector around a minimum of three times looking for the correct orientation.You'll also get a wall charger of 15W which is the same as you get from the Galaxy S10.There are no headphones in the box which is understandable as Samsung wanted to keep the cost down.
Samsung Galaxy M30 Review
Looking at the phone, it looks good.It's made up of plastic, though with that gradient finish.There's no camera bump whatsoever so everything at the back is flushed and it looks clean.On the front, it has a super AMOLED 1080p+display which in my opinion should be a major selling point for this phone.You don't normally see AMOLED displays in this segment.Heck, some companies charge you $750 and give you a crappy LCD.
There's an infinity U notch up front and a chin at the bottom.Not a huge fan, but hey we're talking abouta $200 phone here so it's fine I guess.
This notch houses a 16MP camera which supports HDR as well can do live focus.The phone has two sim slots and a dedicated micro SD slot.A lot of Chinese companies offer a hybrid slot which I see annoys a lot of people.So I appreciate Samsung that there's a dedicated slot for the microSD card.Once you set up your phone it asks you whether or not you want to install these apps which means it doesn't come with any bloatware.
This is really good because one of the reasonsSamsung's budget and midrange phones sucked in the past was that they came with a lotof bloatware pre-installed.So it's really appreciated that they've learned their lesson and are giving you an option to install these apps.By the way, I see there are a couple of apps pre-installed but the good thing is you can uninstall them so we're good.Under the hood, there's an Exynos 7904 chipset which will offer you decent performance.
There's also a triple camera set up at the back.One is a normal lens, the second one is anultrawide lens for those crazy ultra wide photos and the final lens is a depth sensor for better portrait photos.The phone also has a 5000mAh battery which is amazing considering even their flagships don't offer this much juice. 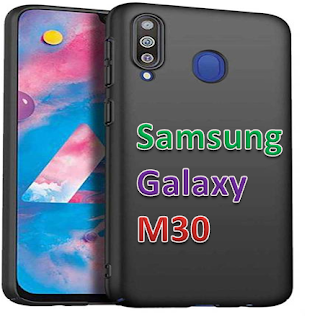 Samsung Galaxy M30 Review
I'm sure this will last you two days without any problem.It also has dolby atmos sound so you'll getthat quality audio experience with your headphones.It also has those software features like blue light filter which I really like, you can duplicate apps meaning you can use two whatsapp, facebook or any social account from the same phone.
That said, I think the major selling point of this phone is definitely it's super AMOLED display as well as the battery capacity coupled with an attractive price point.
Let me know if you have any questions about this device, I'm gonna answer everything in the comments down below and as always, I'll see you tomorrow.Peace out!.Source: Youtube
Posted by Dr IM
Labels: mobile review, Samsung Galaxy M30 Review
Email ThisBlogThis!Share to TwitterShare to Facebook
at 22:40