Hey guys, so as you know the realme company which is doing quite great and its target customers are budget segment customers , and like one plus it is too owned by oppo (mfg mainly ) Actually there is a company by the BBK electronics which is the parent company of oppo, Vivo, Oneplus and realme So basically they are the funding head as well as they do help
Download

in R&D , so this one big company has really captured a great market as you have Oneplus has captured a market of high mid-range segment and changed it to flagship killer and real me is sort of ready to capture budget segment market and in recent days , Realme launched Realme 3 Pro which was competing with Redmi note 7 pro and in fact it has better camera than Redmi note 7 pro and this time the 48mp camera on Redmi note 7 actually ended up as a hoax cause Xiaomi is always lagging in camera department (most of the times ) well coming to realme x 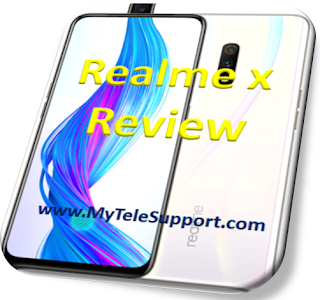 the updates and rumors suggest that it will be launched by realme on 15 May or near to that and the big here is it will be powered by Qualcomm's snapdragon 730 which is a new processor and with a good camera setup they might be implementing a triple camera setup with 48MP being the main sensor, hope they will implement it the right way apart from this it will have a popup selfie camera, which is really rare at this mid-range price point SoC 730 is quite a new processor, and there is a rumor that Xiaomi too is bringing a phone in this price segment and with

the same processor So some are saying to counter Xiaomi , realme is coming up with something, anyways what so ever it will be it will be only and only beneficial to the customer which is good so both the phones will be in the segment of 15000 to 25000 INR, so a mid-price segment with some great hopes, lets see what comes I didn't talk much about the ram and storage but that's quite common these days either 4 or 6 GB of RAM and storage is like from 32 gigs to 128 , rarely 256 GB So you guys tell that are you liking this realme brand or not ?


and what are your opinions and what do you people think ?? is Xiaomi's hands-on mid-range and budget segment are getting away and a new brand is making its place ??? DO COMMENT ONE more thing Oneplus 7's launch is near and the 5g model will be priced at 50K INR Isn't that a way more for a flagship killer ?? so that's it for the video guys,


1. Other Review of Realme x

Removing the Company fitted Pre-Applied PlasticScreen Protector before the Water Test! Continuing with the test and checking out the layer of Oleophobic Coating on this tempered glass protection, this Oleophobic layer helps in keeping fingerprints to a minimum and also makes the Water to Roll-Off the glass surface in the form of Droplets.
Download

Some devices like the Oppo A3s, Vivo Y81, V9 Pro and every Realmephone tested on the channel completely lack this layer which otherwise is quite common in almost every phone! The Realme 3 Pro also totally lacks these layers a Cost-Cutting measure and maybe the Company thinks it is not required on their phones! Will the Realme 3 Pro perform as good as the Realme 3 and survive the Heavy Drenching Round, we'll find out later in the Video! Low and Distorted Audio is the most common effect to take place which can last anywhere between a few seconds in some devices to several hours on others and can permanently damage the Audio and the Display Unit! Besides that, there have been issues of screen flickering, the display going blank for 11 hours straight on the Redmi Y1 Or the Screen getting damaged on the Asus Zenfone 5Z due to Water seeping inside the lower part of the Display! So will the Realme 3 Pro be able to resist the Water Abuse or fail? The Realme 3 Pro, like the previously tested realm 3, behaves just like an IP-54 rated Splash Resistant Device.

2. Other Review of Realme x

Realme X has been officially launched by reality in its home country through the Beijing Dream Are Center event.

cellphones sold starting at 1499 yuan This is claimed to provide 2 features to support photography activities and play games.

the matter of photographing real x is equipped with a double camera on the back.

this camera is also equipped with artificial intelligence technology and other functions to optimize shots.

other than that there is a self up pop up camera is hidden on the top side and will only appear when needed.

the resolution is 16 MP and is also equipped with AI beauty along with with the ability of scene detection hyperbooz 2.0 for games Realme X also promises to be capable of gaming capabilities play games like pubg mobile smoothly.


3. Other Review of Realme x

This time the Latest Gadgets Id want to share about the latest 2 middle-class smartphones that are Pretty tempting Realme X and Redmi K20 Both of them use Motorized pop up cameras which one is the most interesting for you? Here's the information! Realme X dimensions are even bigger because indeed the screen is bigger 6.53 Inch while the Redmi K20 6.39 Inch Both are using the AMOLED screen with FHD+ of resolution 19.5:9 aspect Ratio and already using corning gorilla glass 5 The K20 with a smaller screen automatic has a better pixel density of around 403 PPI plus HDR technology Unfortunately both of them has a fairly heavyweight around 191 grams While in terms of Realme X performance is powered by Snapdragon 710 it must acknowledge the advantages of K20 that already uses
SOC Snapdragon 730 Not only from CPU speed but also GPU Adreno 618 performance better than Adreno 616 While Memory uses LPDDR4X technology You can choose the capacity that fits your needs 4, 6 or 8 Gigabytes, Of course, the bigger the RAM and Storage capacity more expensive The Realme X has two lenses main camera 48 Megapixel and 5 Megapixel Dept.

Sensors While the K20 has a triple camera a 48 Megapixel regular lens 8 Megapixel Telephoto and 13 Megapixel Ultra Wide Realme X camera is good for low light conditions because it has an f/1.7 of aperture While the K20 superior because it has an Ultrawide lens and Super Slo Motion Video recording capability 960 fps at FHD resolution Camera selfie both use the pop-up system The Realme X has a 16 MP f/2.0 Aperture lens while K20 has 20 Megapixel f/2.

2 Aperture For those of you who like to listen to music these two smartphones have good audio features dual-band Wifi USB Type C Port And under-display fingerprint Sensor The K20 battery has a larger capacity 4000 mAh Fast Charging 18 W While the Realme X battery capacity is smaller 3765 mAh but is supported by faster-charging technology (VOOC 3.0) 20 W Realme claims 55% charging only takes around 30 minutes for the battery can be said to be balanced So which one is better? In fact, all are good If you want better performance and triple cameras that look cooler obviously K20 is the right choice of course, you have to buy it at a more expensive price around $280 while Realme X can be buy at a more affordable price around $210 The price is in the Chinese market When and what is the price range in Indonesia? we can't confirm let's just wait for the information That's all brief information about Realme X and Redmi K20 Hopefully this information is useful for you to Thank you very much for watching our video See you in the next video.


4. Other Review of Realme x

history and search data along with web application data et Cie will be now Watto deleted from the user send net blog post google said to choose a time limit for how long you want your activity data to be saved 3 or 18 months and any data older than that will be automatically deleted from your account on an ongoing basis stay tuned as we will keep sharing the top tech news as it happens.
///////////////////


5. Other Review of Realme x

sent reliability survey has reportedly ranked MSI as the most reliable brand for laptop computers in Europe the survey was conducted by a UFC Croesus a french consumer organization that interviewed nearly 43,000 people across the continent recently furthermore the Taiwanese tech company also claims to have become the largest supplier in the gaming notebook market in terms of shipments according to digit times MSI shipped a total of 1.

2 million gaming notebooks in2018 fending off the competition from fellow Taiwanese tech giant s us to become the largest brand in the gaming notebook market Google's vice president of product management for Android Samir Samet has admitted that the company is having a hard time trying to find a suitable name for Android q in a recent interaction with the media summit said we're super excited about the desserts at the same time q is a hard letter but we're looking at it google names every major Android version after desserts alphabetically starting with cupcake forAndroid 1.

5 the latest stable version is Android Pi but the phone naming convention now seems to be creating a bit of a problem for the company because of the paucity of desserts whose names start with Q the rearm X has been officially launched in China marking the debut for the brand in a home country of its parent company Oppo after tasting immense successes in online-only Indiafocused brand last year MX comes within a 6.

0 fast-charging the phone runs Android 9 pi with color OS 6 on top imaging options include a rear-facing dual cam set up that incorporates of 48 mph on IMX 586 sensor alongside a 5mp secondary depth sensor the device also sports a pop-up selfie camera making it the first smartphone from the brand to sport the new technology Amex price in China starts at1499 Yuen around dars 15,000 for the base four gigabytes and 64 gigabyte variant while the

six gigabytes and 64 gigabytes model in the top-spec not gigabytes and 128 gigabytes option have been priced at 1599 Yuen around are16,000 and 1799 Yuen around dars 18000 respectively alongside the Rio max the company also launched a real max youth edition model which is a rebrandedrearmed 3 pro that was launched in India recently within just two months

of their launch in India the redmi note 7 and the redmi note 7 pro is said to have together sold more than 2 million units in the country the company last month claimed to have sold 1 million units of the redmi note 7 series in India within just a month of their launch in the country in addition to the aforementioned announcement Ziya homies tweet also teased the launch of a new smartphone with a 48 MP while the company didn't reveal the identity of the device it's expected to be the redmi flagship with the snapdragon 855 processor and a pop-up selfie camera.
Posted by Dr IM
Labels: mobile review, Realme x Review
Email ThisBlogThis!Share to TwitterShare to Facebook
at 00:20